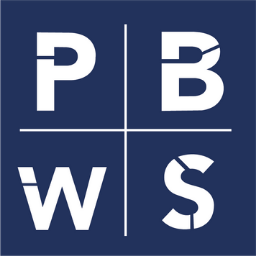 How Blockchain Will Transform the IoT

Dominik Schiener explains that the IoT needs blockchain in order to ensure trust.  Blockchain ensures that the data that is collected from sensors is secure, and can help prevent cyber attacks on the infrastructure.  Likewise, blockchain also needs the IoT, because it provides the hardware to “ensure that private keys are secured.” Therefore, according to him, “IoT needs blockchain and blockchain needs IoT.” Blockchain essentially provides trust, and in industries like the insurance industry, they sell what Olivier Jaillon calls “trust as a service” (TaaS).

Henri Pihkala talks about the importance of interoperability for the IoT, because “if the silos can’t communicate, we can say goodbye to these nice ideals like smart cities and so on.”  Because the Internet of Things requires triggers that are installed into machines, it can’t really function without a machine process like a blockchain.  Additionally, there’s no way for a centralized player to control all of the nodes at once, therefore the Internet of Things has to be carried out by a machine economy, using a technology like blockchain.  That’s why the “breakthrough” of blockchain hasn’t occurred yet, because it “can’t happen with centralized players, because they would get excessive power.”

Blockchain can help to monetize the information that is collected in IoT triggers by ensuring that it is correct and secure, and IoT ensures that it is scalable.  Olivier Jaillon highlights how La Parisienne Assurances is already using blockchain and IoT technology for flood insurance, motor insurance, and third-party liability using IoT sensors that automatically give information for policies and claims.  He explains that for IoT-powered insurance to work, there needs to be low transaction costs, low energy consumption, and accessibility from everywhere, and blockchain is “compulsory” in order to make that possible.

Although a futuristic vision of smart cities is real time computation across all triggers, it’s not actually necessary in 99% of cases, according to Olivier Jaillon.  Real time computation uses a lot of energy and is very expensive, and until there are real use cases for real time, and a way to make it more cost and energy effective, it’s simply not necessary. Additionally, if IoT sensors are installed in nearly everything like cars, houses, and office buildings, eventually it will be too much. It is therefore paramount to know which uses cases are pertinent for blockchain, and which are superfluous.

David Wachsman predicts that in 15 years it will be illegal to drive your own car, in order for driverless cars to work.  The panellists discuss how driverless cars are the future, and also how they will become appreciating assets instead of depreciating assets. Autonomous vehicles will be used for collecting data about pollution, weather, and network signal strength, as well as generating income streams.  Additionally, Gilles Fedak explains how blockchain will decentralize autonomous vehicles, making them more secure against cyberattacks.